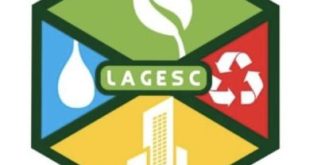 The Lagos State Government has commenced moves to train members of the Kick Against Indiscipline (KAI) brigade to meet the demands of the on-going “Cleaner Lagos Initiative” embarked upon in the State.

Speaking at the commencement of the exercise, Commissioner for The Environment, Dr. Babatunde Adejare urged members of the brigade to brace-up for the unfolding change as dictated by the waste management reforms in the State.

He noted that to enable the Brigade fit into the envisaged enforcement role, it would be renamed, rebranded and retooled to meet the demands of enforcing compliance of environmental laws in Lagos.

Adejare urged members of the KAI Brigade to be up and doing so as to ensure that they maintain their discipline, mental and physical fitness as well as integrity in order to fit perfectly into the new roles which they would soon assume as representatives of the State government.

While enjoining them to familiarize themselves with the rules of engagement of enforcement officers in the public service, the Commissioner pointed out that the State government would soon sign into law the Harmonized Environmental Bill passed by the State House of Assembly on the management, protection and sustainable development of the environment in Lagos State.

As part of concerted efforts towards achieving the T.H.E.M.E.S Agenda and eradicating environmental nuisance and …