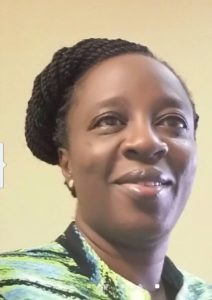 Mrs. Ajayi Omobola Adebimpe was born on March 4, 1967 in Lagos State. She hails from Lagos Island Local Government Area (LGA) of the state She began her primary education at Surulere Baptist Primary School, Surulere, Lagos (1974 – 1979). She proceeded to Surulere Girls Secondary School, Surulere, Lagos State (1979 – 1984). She had her post-tertiary education at Ondo State University where she bagged a Bachelor of Arts (BA) in Religious Studies (1987 – 1991). She also obtained a Masters in Political and International Affairs form the University of Lagos (UNILAG) in 2005. She possesses an impressive work experience in the Civil Service. She has worked in several capacities in different Ministries, Departments and Agency (MDAs) which include the Lagos State House of Assembly, Ministry of Education, Ministry of Transport, Civil Service Commission, Lands Bureau, Ministry of Works and Infrastructure, Lands Bureau, Debt Management Office, Ministry of Home Affairs and the Public Procurement Agency. She is highly resourceful and dutiful as a role model. She was posted to Lagos State Environmental Sanitation Corps (LAGESC) as Deputy Director, Administration and Human Resources in December 2018.  Her hobbies include singing and dancing. She is happily married with children.