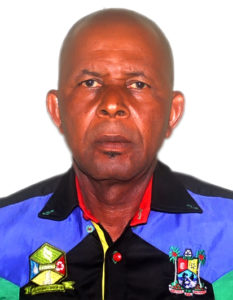 DSP Abiodun Williams Andrew was born on December 25, 1959 in Ifo, Ondo State. He hails from Ondo West Local Government Area (LGA) of the state. He started his early education at Ikhin Primary School, Ikhin, Edo State (1964 – 1970). He proceeded to Edeki Grammar School, Otuo, Edo state (1971 – 1976) for his secondary education. He later attended Auchi Polytechnic, Edo State (1979 – 1982) where he obtained a Diploma in Law. He was enlisted in the Nigeria Police in 1982 as a Constable and retired as a Deputy Superintendent of Police (DSP) in 2017. The DCM possesses a remarkable working experience in his years of service. After he left Police College in 1983, he was transferred to 23 Police Mobile Force (PMF), Keffi, Lagos State mid-year and later posted to Benin, Old Bedel State as at then, where he served from 1983 till 1986. In 1991, he was transferred to the Police College, Ikeja as a lecturer on Police Duty and later deployed to Port-Harcourt, Rivers State in 2010 where held many posts till 2016 when he was moved again to Jalingo Police Station, Taraba State as Administrative Officer. In same 2016, he was transferred to the Ogun State Command where he retired as a Deputy Superintendent of Police (DSP) in 2017. He was appointed as the Deputy Corps Marshal, Discipline and Welfare, Lagos Environmental Sanitation Corps (LAGESC) in January 2018. His hobbies include sporting, dancing and watching football. He is happily married with children.

Ganiyu Kazeem Ademola was born on October 31, 1984 in Agege, Lagos Staten and hails …