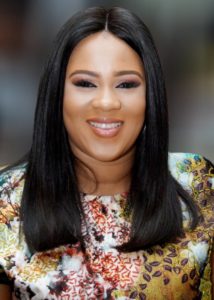 Mrs. Idowu Ibironke Mohammed was born on March 3, 1977 in Lagos. She hails from Ede Local Government Area (LGA) of Osun State. She began her early education at St Saviours Primary School, Ebute-Metta, Lagos State. She proceeded to Federal Government Girls College, Shagamu, Ogun State for the first three years and later went to the prestigious Queen’s College, Onike, Yaba, Lagos (1992 – 1995) where she finished her secondary education. She attended Bellerbys College, Hove Brighton in England (1996 – 1997) where she did her foundation level to enter the university. Thereafter, she was admitted into the University of Wales, Cardiff (1997 – 2001) to study Law. She moved back to Nigeria in 2003 where she attended the Nigerian Law School in Abuja and Lagos respectively. She graduated from Law School in 2004. She had her mandatory National Youth Service Corps (NYSC) programme in Lagos and worked with the Ministry of Justice, Lagos State. She started working for the Lagos State Ministry of Justice in 2005. In the year 2012, she was deployed to Lands Bureau as State Counsel. Her performance and experience necessitated her deployment to the Ministry of Environment where she was made the Head of Legal Department of the Ministry. Her sterling qualities, excellent brilliant performance in the state civil service necessitated her appointment as the Executive Secretary, Lagos Environmental Sanitation Corps (LAGESC) by His Excellency, Governor Akinwunmi Ambode. Her garnered invaluable experience has continued to enable her to transform the agency to lofty heights.  Her hobbies include reading, sports and exercise. She is happily married with children.

Ganiyu Kazeem Ademola was born on October 31, 1984 in Agege, Lagos Staten and hails …