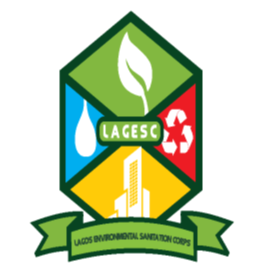 The Lagos State Environmental Sanitation Corps (LAGESC) was established consequent upon the new law that was signed into law by His Excellency, Governor Akinwunmi Ambode on March 1ST, 2017 as part of the broad environmental sanitation reforms in the environment sector.

It was the erstwhile Kick Against Indiscipline (KAI) Brigade that was transformed to LAGESC when it was   inaugurated on Friday 30th of June, 2017 and had since assumed the status of an Agency under the Ministry of the Environment.  The Agency has been rebranded with new approved uniform kits. The operational vehicles including the cars have also been rebranded in the new approved designed Colours with a new Logo for the Agency.

The creation of LAGESC as an Agency has come with the establishment of its Governing Board and the provision of the appointment of an Executive Secretary who doubles as the Head of Administration and Secretary to the Governing Board.

The enabling law recognises the Head of operations as Corps Marshal alongside two Deputy Corps Marshal responsible for the control and supervision of the Environmental Sanitation Corps members.

In the Lagos State Public Service, the Environmental Sanitation Corps cadre that replaced the hitherto kick Against Indiscipline Brigade was established.

Also established was an Environmental Administrative complaint panel that shall receive and investigate all complaints relating to the operations, functions and activities of the Agency.

We are committed to: